HOME
HUBERTA
RESTORATIVE
JUSTICE
LIVING OUTSIDE
THE BOX
CONTACT
ABOUT HUBERTA
HUBERTA'S ROUTE
FAMILIES UNITE
LITERACY
WHAT OTHERS SAY
GALLERY
LIVING OUTSIDETHE BOX
ABOUT US
MOVING OUTTHE BOX
FACING THE LION
JUMP OUT
THE JOURNEY
Huberta
Families Unite
Restorative Justice is a powerful tool when understood. It reduces grief, fear and threat, bringing healing, harmony, dignity and security, and PEACE! Restorative Justice is a practical, biblical approach to the problems of crime and punishment in our society. While it has foundations in the Old and New Testament, it is not just a Christian concept. It is indigenous to many cultures around the world, including our African beliefs. It simply recognizes that crime hurts people and crime is not just about breaking the law. The emerging standards of Restorative Justice are remorse over injustice, an apology, a censure of the act, forgiveness of the person and mercy. It is cruel and wrong to expect a victim of crime to forgive, as apology, forgiveness and mercy are gifts. Forgiveness is a power held by a victim and not a right to be claimed.

The year 2010 saw two families torn apart by the senseless killing of this famous animal Huberta come together, to reconcile and stop the shame that clouded the generation that followed. They met at the Amathole museum King Williams Town, home to the famous hippo Huberta. Some had never met before yet that day reconciliation was achieved.

My dissertation for my PhD with a major in Restorative Justice was titled:
IMPLEMENTATION OF RESTORATIVE JUSTICE TO A HISTORICAL EVENT OF VIOLENCE: NOT DENYING GUILT BUT ALLOWING DIGNITY TO BE RESTORED THROUGH THE PROCESS OF TRUTH.

The victim and offenders no longer were alive but the act of violence had a ripple effect on those that came after them. The application of Restorative Justice brought healing. Restorative Justice is applicable on all levels. In families, where there is oppression of women and children, acts done towards individuals, between churches and denominations, ethnic groups or races and even between countries. 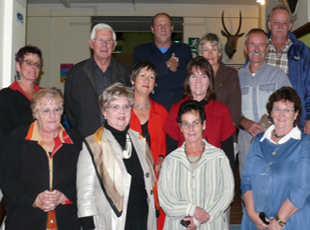 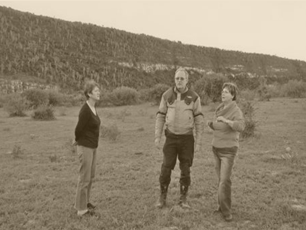